If we regard both documents together, the following positions can be derived: 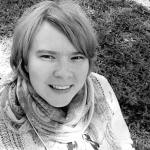 Natallia Vasilevich is a Belarusian theologian, political science and lawyer. She has MA in political sciences of the Belarusian State University and MA in ecumenical studies from the University of Bonn, where she is currently writing her PhD about the history and significance of the document “The Mission of the Church in the Today’s World” to be adopted by the Holy and Great Synod of the Orthodox Church.